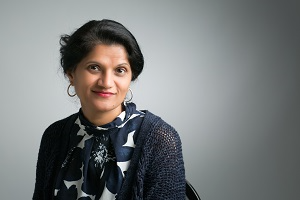 Independent Age published a report recently on the performance of care homes. Using CQC data, it has found that the quality of care homes has worsened in the last year in more than a third of local authority areas.

One of its recommendations is for the care sector to be more like the education sector. It says Ofsted’s approach to tackling failing schools have included a comprehensive improvement plan, such as management changes, arranging for expert help from other schools as well as regular re-inspections. It says these tactics are not consistently employed across the care home sector, but could be used to help tackle poor performance. It also points out a lack of government funding and reform as key problems.

Bhavna Keane-Rao of BKR Care Consultants (BKRCC) has looked at the report and offers the following thoughts:

Why ratings may have decreased
Staffing – there is a national staffing crisis with 36000 nurse vacancies across the NHS, thousands of EU state nationality staff returning to their countries of origin (NMC registrations for nurses have decreased from over 8500 a year to just over 600) in the last 3 to 4 years. Trading costs have gone up but fees have remained stagnant. Coupled with a CMA report that has precluded some of the private fee practices previously seen in the sector. There are 233000 EU nationals working in social care who face an uncertain future.
Profitability of services has fallen and many smaller services have closed. 8% of all posts in the social care sector are currently vacant, 37% of carers and 32% of nurses are changing posts within the sector (leaving their current employer rather than internal changes) with 23% of these now leaving the care sector altogether. (This compares to a national average turnover of 15%).
Whilst many care services are only able to offer minimum wage salaries, Lidl offers a starting salary of £8.85 per hour.
Many of the providers have been in the sector for a very long time and the new KLOES have now been around for long enough for services to no longer be subject to ‘not knowing the new rules’. As such the much more likely explanation for the decreasing ratings is a link to the staffing and funding crisis (LaingBuisson’s own figures show a deficit of £40-£65 per week in care homes depending on region) rather than a batch of poor providers.
There is also a potential that the shortage of managers in the sector is leading to people climbing the ladder before they have the skill to deliver (see manager section)

Ofsted style approach
Fundamentally misses the point that schools, with the exception of private schools, are publicly funded and therefore are not in direct competition with each other. Care homes as private businesses are in direct competition with each other for staff and service users.
Ofsted are also changing their process of inspection as it had previously focused on the final exam result and not the progress individuals had made (value added scores) or the behaviour management elements of the school. This demonstrates that Ofsted feels that its own process are not meeting the needs of its own sector.

Comprehensive improvement plans
Services are already required to submit such plans and CQC reject them if they are not comprehensive, it is therefore not clear how it is anticipated this element would be more robust under an Ofsted style of inspection regime.

Management changes
There is an assumption that the manager is responsible for failings. The Provider in the care sector has much greater control than the Local Authority over a school. The manager may be requesting things (such as equipment or refurbishment) that the provider is not willing to fund for example.
A change in manager in the care sector is in fact often linked to a decrease in the rating of a service (hence the need to notify CQC if the manager is absent for more than 28 days and fines if the manager post is vacant for longer than 6 months).
Managers are individually registered people and many managers do not want to take on poorly rated services as the ability to right them is a combination of their skill and the providers willingness to fund the improvement. Any failure will blemish their CV despite the failure not being theirs.
Managers are also subject to the same staffing pressures that the rest of the staffing group are and as such there is simply less managers to go around.
CQC are already consulting on registering providers separately from the service and manager to increase the pressure on them to be a good provider.

Expert help from other care homes
Care homes are in competition with each other both for staff and for service users. To be of the greatest benefit, the person providing such help would come from the same area (reducing travelling time for sire visits, familiarity with the local authority requirements, cultural awareness of the client group). However, this would mean that they would have a great insight into the failings of their competitor to be able to share with parties choosing between the two services.
We have also seen in practice, that the CQC tend to choose a manager they like rather than looking at the performance of that manager. For example, one of our clients was asked to accept support from a manager whose home was in fact rated requires improvement and later closed by the CQC.
A far more effective measure would be to require the provider to demonstrate their own individual action plan for retraining and learning.

Regular re-inspections
The current CQC guidance already provides for an increase of inspection frequency dependent upon the rating achieved by the service and so it is not clear how this is felt to be better under the Ofsted regime. It should also be noted that there are cost implications both for CQC and the service in arranging, undertaking and responding to CQC reports and challenging incorrect findings.
The service when its rating is down graded is also likely to be placed in large scale enquiry or organisational safeguarding with the local authority and as such already have limited resources within the management team to continually respond to CQC inspection and the data gathered usually weekly in such circumstances via the local authority measures are giving an up to date picture of the service, therefore reducing the need for re inspection.
Returning to CQC’s own funding issues, regular re inspection without significant improvement being deemed to be made (regardless of the accuracy of this conclusion) often leads to early serving of notices of proposals to cancel registration as CQC commonly state they cannot be seen to be ‘propping up’ services and could not support them indefinitely.